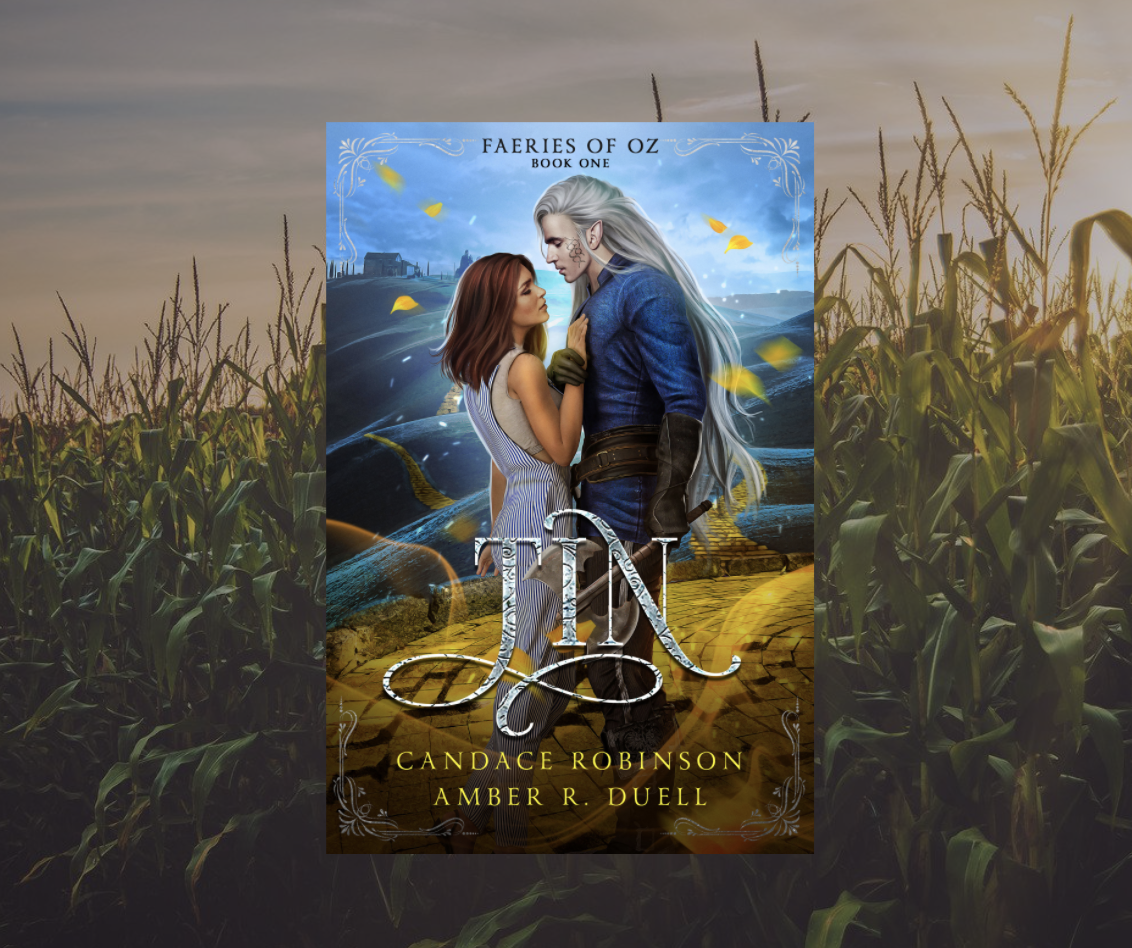 Tin is the most famous fae in Oz for all the wrong reasons. Cursed with a stone heart, he is the perfect assassin: ruthless, efficient, and merciless with thousands of kills to his name. When his old friend, Lion, offers him a small fortune to deliver Dorothy to the South for his lover to wear the girl’s head as her own, Tin doesn’t hesitate to accept the unsavory deal.

Dorothy Gale lost everything—her family to illness, her dog to age, and now her farm to foreclosure. The entire town thought she was crazy for believing in a faerie world called Oz, but even after ten years have passed, she can’t help knowing she was right. So when an emerald green portal opens in her wheat field, she jumps at the opportunity to return to the only place she ever felt like she belonged.

Tin wasn’t expecting a grown woman to step through the portal, just as Dorothy wasn’t expecting Tin to have his stone heart back, but Oz holds more unexpected things than either could have imagined. Magic has hidden dangerous lies behind glamour, trapped innocents in curses, and left the land of Oz in turmoil—none more so than the South. As Tin and Dorothy travel together for the second time in a decade, their lives begin to make sense again. Soon, they must decide who to give their loyalties to before Lion takes Dorothy’s head and Tin’s cursed heart is forever doomed.