Another interview is about to start, so grab a cup of your favorite beverage and let’s begin our chat with Melissa Eskue Ousley!

1. What do you believe are some challenges that are faced while writing Suspense?

With suspense, you need to know the end of the story and work back to the beginning so you can plant clues and false leads for the reader. I wrote Pitcher Plant in first person, which works great for suspense because the main character’s perspective is limited to what she knows and experiences. Because of that, the reader’s knowledge is also limited, and the reader figures out what is happening in the story as the main character does.

2. What character do you relate to the most in What You Don’t Know?

Pitcher Plant is not autobiographical, but I do relate to Tawny, the main character, because I too bought a fixer-upper and I’m in the process of renovating it. I understand some of the challenges and frustrations that go with that, as well as the joy that comes from seeing the potential in an older home. Our house is a time capsule from the 60s that had the ugliest shag carpet I’ve ever seen. The first thing we did was rip that out. The architecture is cool though, and the person who lived here before us was an amazing gardener, so I love living here. Like Tawny, I’ve also lived in a house that was spooky and I experienced some weird things I couldn’t explain. Was it haunted? I believe it was.

3. Do you have a playlist for the book that we can listen to?
I absolutely adore Panic at the Disco! and I listen to an online music site that plays their music and similar artists.

4. If you could have any celebrity play as the characters who would they be and why?

I could see Imogen Poots, Emma Stone, or Bryce Dallas Howard playing Tawny. Tawny is deeply protective of her daughters, especially as her marriage unravels and she is dealing with the man stalking her family. For Jesse, Chris Pratt or Sam Claflin could be a good fit. Jesse is struggling in his own marriage and as he develops feelings for Tawny, he wants to help her and protect her.

5. What book do you think has influenced your writing?

I’ve always been a fan of Stephen King, so his books are definitely an influence, and his non-fiction book, On Writing, has been helpful as I’ve honed my craft. Another book I love is The Gates of Evangeline by Hester Young. I love her writing and the way she brings supernatural elements into a suspenseful story.

6. When do you usually write?
I work full-time, so writing happens in the evenings and on weekends. I chip away at my word count, an average of 1,000 words at a time. I like being able to write a full scene before I stop for the day.

7. What are your top 5 favorite books?

8. Are you currently working on anything else?

I’m working on two things. One is an urban fantasy about a monster hunter who agrees, under duress, to serve as her best friend’s bridesmaid. It’s called The Bridesmaid’s Guide to Etiquette and Exorcism. The other is called The Sacred Order of Second Chances, and it’s about my experiences volunteering at my local wildlife center, caring for injured animals on the Oregon coast.

9. What inspired you to write Pitcher Plant?

My husband and I were looking at a fixer-upper in Seaside, Oregon and considered buying it, but the repairs that were needed were too extensive. Still, it was an amazing house and it had a creepy basement. The house had been abandoned for a long time. I looked at the kitchen and, I kid you not, there was a dead rat in the sink. Super gross, but I decided the house had a story to tell. In the novel, which is set in Seaside, I changed the address of the house and some other details, but kept the basic layout as a guide as I told the story. It helped to have something to visualize.

I love movies, but I always feel like books are better because you can include so much more detail and insight about characters.

Fantastic answers! Thanks so much, Melissa, where can readers find more about you and your books?

Melissa Eskue Ousley is an award-winning author living on the Oregon coast with her family, a neurotic dog, two charming cats, and a piranha. Her suspense novel, Pitcher Plant, is set in Seaside, and won a 2018 Independent Publisher Book Award. Her young adult novel, Sunset Empire, debuted in a bestselling boxed set. Her short stories have been included in Rain Magazine, The North Coast Squid, and various anthologies.

When Tawny Ellis spots a weathered fixer-upper for sale in Seaside, Oregon, she jumps at the chance to own a cottage near the beach. She and her husband Mark are tired of sinking money into a high-priced rental, and hope they can supplement their income by opening a bed and breakfast. Their marriage begins to unravel as expensive repairs turn their dream home into a financial trap.

Then one of Tawny’s daughters starts talking about a new friend, one who might be imaginary. This friend bears a striking resemblance to a past resident, a little girl who squatted in the house with her drug-addicted mother while the cottage was vacant. Now the girl and her mother are missing, and Tawny suspects the former owner may be responsible for their disappearances. After finding evidence of foul play, Tawny fears she and her daughters may become his next victims.

Amazon | Shelf it on Goodreads 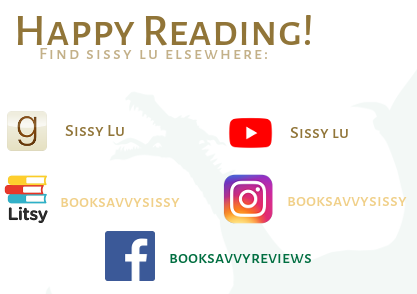