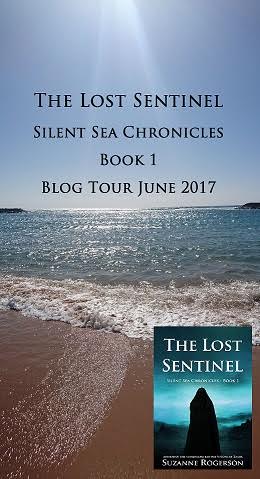 Hello! Thank you for visiting Book Savvy Reviews on this book tour! Enjoy your stop here. I’ll be posting a review as well as an excerpt from The Lost Sentinel.

Here are the next stops along the way: 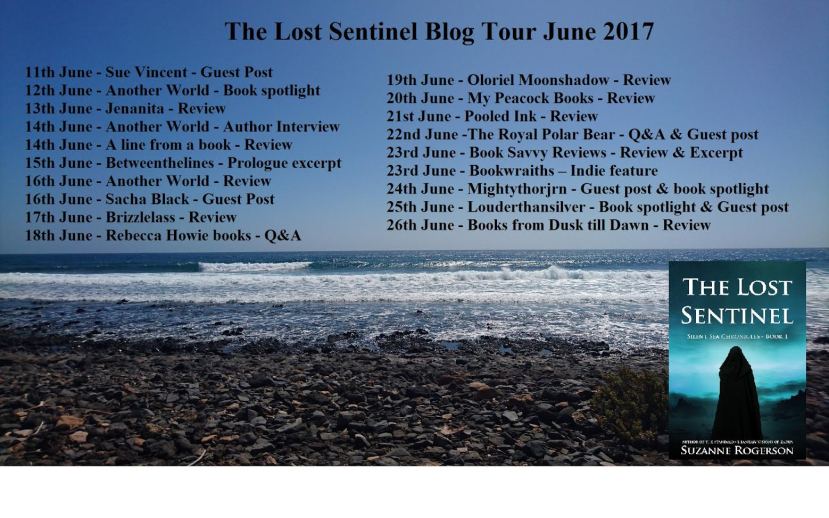 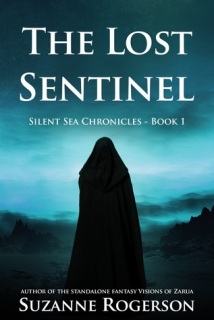 The magical island of Kalaya is dying, along with its Sentinel. With the Kalayan people turning their back on magic, can Tei help the exiles find their new Sentinel before it’s too late?

Kalaya is controlled by the Assembly – set up to govern but now under the control of Rathnor, who is intent on persecuting those who have magic, many of whom have taken refuge in the Turrak Mountains.

Tei has been raised to hide her magic, until her father, Migil, is visited by an old friend who warns them that they must seek refuge in the mountains.

On the journey, an enemy attack leaves her father mortally wounded. He sees her into the care of two exiles, Rike and Garrick, and on his deathbed makes a shocking confession that changes Tei’s life.

Tei must put her trust in these strangers, especially when mysterious Masked Riders seem determined to stop her reaching Turrak.

Struggling with self-doubt, Tei joins the exiles in their search for their lost Sentinel. But the Masked Riders want the Sentinel too, and time, as well as hope, is running out.

Can Tei help the exiles save the island magic and reunite the Kalayan people before their ignorance destroys them all?

Available at Amazon The Lost Sentinel | Shelf it on Goodreads

She turned to her father and studied his profile. Worry lines creased his face and she realised he’d aged in the last few days. ‘Father, I’m sorry…’

‘Shh…’ he whispered as he scanned the tightly-packed hedge of rhododendrons.

He stopped abruptly and closed his eyes. After a few anxious moments, he cursed under his breath and hurried forward. ‘Stay close to me,’ he said over his shoulder.

Tei rushed to catch him up. ‘What’s going on?’

He checked the hedge again. ‘We’re being watched.’

The air around them crackled and the sky darkened. On the path ahead, a tree burst into flames and birds scattered from its branches squawking in alarm.

She gasped and clutched her father’s arm.

‘That was a warning.’ He dumped his bags and unsheathed his sword.

Tei drew her knife and stood facing the barrier of rhododendrons. She glanced at her father; his mouth was set in a hard line and he clasped the sword with a steady grip.

He tensed and she turned back to the bushes, seeing large yellow eyes peering out from the gloom of dense foliage. The eyes locked onto her and she heard a piercing howl.

Tei stood paralysed. The knife tumbled from her slackened fingers and struck the earth at her feet. She willed herself to move, but her body refused to bend to retrieve the fallen weapon.

‘It’s only a spell…’ Her father’s words filtered through, but the fear was too great to suppress.

‘Show yourself,’ he shouted.

‘There’s no need for tricks. I know you for what you are.’

The beast’s laughter sounded strangely human, though the revelation couldn’t shake Tei from the spell.

Leaves rustled as the beast shifted closer. Tei braced herself for the sight of it, but it remained in the shadows, allowing her only a glimpse of its outline.

‘Hand over the girl, old man. You don’t need to die today.’

‘Back down or it will be you that dies,’ her father said.

A hand broke though the shadows and sparks sprang from its fingertips.

Her father shoved her aside and deflected the blast with his sword. Tei stumbled and slammed against the ground, the breath knocked from her lungs. Just before she passed out, she saw a man emerge from the trees. 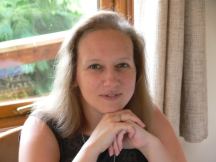 Suzanne lives in Middlesex, England with her hugely encouraging husband and two children.

She wrote her first novel at the age of twelve. She discovered the fantasy genre in her late teens and has never looked back. Giving up work to raise a family gave her the impetus to take her attempts at novel writing beyond the first draft, and she is lucky enough to have a husband who supports her dream – even if he does occasionally hint that she might think about getting a proper job one day.

Suzanne loves gardening and has a Hebe (shrub) fetish. She enjoys cooking with ingredients from the garden, and regularly feeds unsuspecting guests vegetable-based cakes.

She collects books, loves going for walks and picnics with the children and sharing with them her love of nature and photography.

Suzanne is interested in history and enjoys wandering around castles. But most of she likes to escape with a great film, or soak in a hot bubble bath with an ice cream and a book.