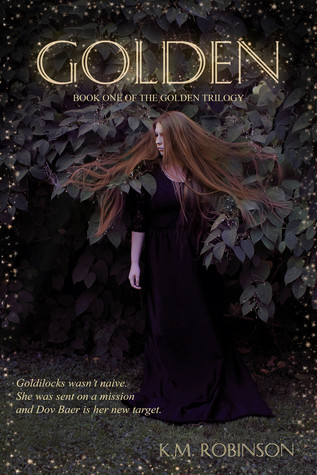 When the girl with the golden hair betrays everyone, not even she has hope of surviving.

The stories say that Goldilocks was a naïve girl who wandered into a house one day. Those stories were wrong. She was never naïve. It was all a perfectly executed plan to get her into the Baers’ group to destroy them.

Trained by her cousin, Lowell, and handler, Shadoe, Auluria’s mission is to destroy the Baers by getting close to the youngest brother, Dov, his brother and sister-in-law and the leaders of the Baers’ group. When she realizes Dov isn’t as evil as her cousin led her to believe, she must figure out how to play both sides or her deception will cause everyone in her world to burn.

If her allegiances are discovered, either side could destroy her…if the Society doesn’t get her first.