So, this is super difficult because I had many good reads of 2016. In fact, I read 151 books in total, which is fairly amazing! I thought it was impossible, but considering how much I read [kids books included,] it didn’t seem so far-fetched and I guess it wasn’t. So, here is a a list in no particular order of what I considered my most memorable reads of 2016.

This gem releases January 10th 2017. Frostblood by Elly Blake was one of the books closer to the New Year, but I enjoyed this young adult fantasy novel that had fresh ideas, an icy, wonderful world, a slow burning romance, and action. A tale that follows a girl in hiding to one who needs to become a champion, but does she have it in her? ~ 4 savvy crowns

Releases February 14th 2017. Gilded Cage by Vic James was such a shocking and interesting read. A dystopian young adult fantasy novel that takes place in a futuristic England, where slavery has come back into existence and everyone who is not of royal birth must dedicate 10 years of their life to be a slave – if they survive. Abi and Luke are just beginning their slave days, can they make a difference? ~ 4 Savvy Crowns

Gilded Cage by Sherry D. Ficklin is a historical fiction novella that takes place in the prohibition era. It follows Masie Schultz as she returns home and faces the truth of what her family has become. ~ 5 Savvy Crowns

Releases January 10th 2017. Anything Vasilisa the Beautiful is something I must read – it’s not a common fairytale, but this book The Bear and The Nightingale by Katherine Arden became available to me! It’s not quite a Young Adult, but it is fantasy! I loved it. The epic world and lore about a strange young girl who blossoms into a young woman – touched with abilities and she must save her family. ~ 5 Savvy Crowns

Dawn of the Vie by Laura Diamond is a young adult fantasy novel that involves Vie – who mimic the folklore of Vampires. They’re in fact aliens who have taken over the world, turned it into a dystopia but there are rebels. It was a unique idea to me and I adored Alex [one of the Vie.] ~ 4 savvy crowns

My Brown Eyed Earl by Anna Bennett is a historical romance set in the regency era. It was cleverly written and I devoured it rapidly, it follows Miss Margaret as she is forced to become a governess when her family falls on dire straits, she wasn’t expecting her employer to be the man she refused to marry years ago.~ 4 Savvy Crowns 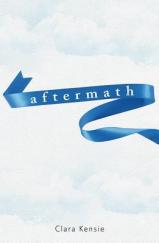 Aftermath by Clara Kensie was actually my Book of The Month on my blog. This is a Young Adult Dark Fiction and my goodness, it was so good. It follows a young teen after four years of missing and enduring abuse, she returns home and it follows the aftermath of it all. SO good, soooo heart wrenchingly amazing. ~ 5 Savvy Crowns

And I darken by Kiersten White is a retelling, historical fiction and fantasy. It blew me away with how fantastic it was, a slow read that I couldn’t put down, every detail was important in it. Who wouldn’t want to read about a strong-willed woman defying the ideals of women during the time of Vlad the Impaler? ~ 4 Savvy Crowns 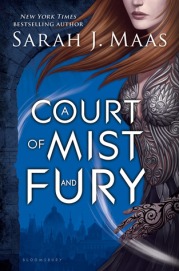 A Court of Mist and Fury by Sarah J. Maas. A New Adult Fantasy, Romance, and Retelling. The second installment to the Court of Thorn and Roses series, this one absolutely blew the first out of the water [thank the book gods!] Seriously, probably my favorite out of the entire year. Feyre has come back with a vengeance, she is healed mentally over time and Rhysand, Rhysand! Need I say more?! ~ 5 Savvy Crowns 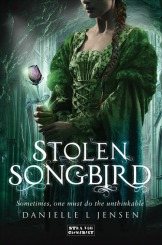 Stolen Songbird by Danielle L. Jensen is a young adult fantasy that I absolutely adored. It was my last book of 2016… and I was so pleasantly surprised with the beautiful world building, slow burn romance, and storyline. A seventeen-year-old is kidnapped and brought to an underworld kingdom filled with trolls where humans are used as livestock. She is forced to marry in hopes of breaking an age-old curse. ~ 4 Savvy Crowns

Such a fantastic year for reading. Thank you, authors and publishers for giving me the opportunity to read and review, as well as giving me food for the o’l noggin! 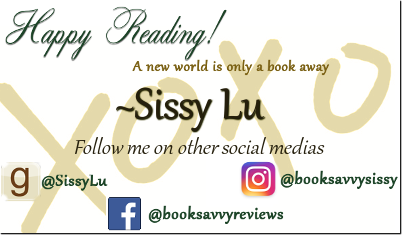