Happy Cover Reveal day! Today we are revealing the cover for our upcoming YA Fantasy THE CARVER by Jacob Devlin. This book is an amazing fairy tale retelling that takes you on an adventure with some of your favorite fairy tale characters’ children–with none other than Peter pan to lead the way! Add it to your Goodreads now, sign up for the awesome promotions ahead (like getting your hands on an ARC–available now!), and join us at the Facebook Cover Reveal Party! You can also preorder a signed copy from our website. Mark your calendars 7/19/16! 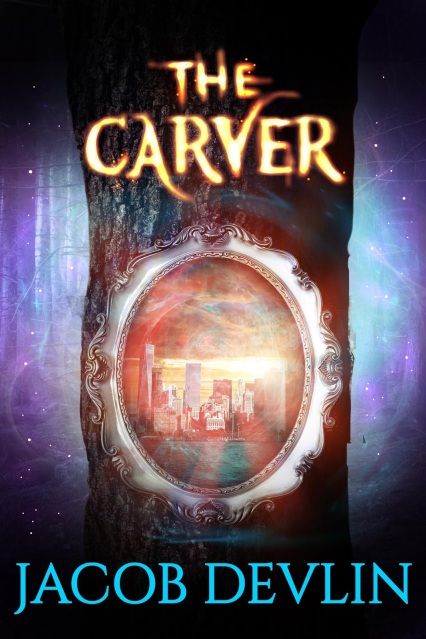 The past is in his carvings. The future is in his hands.

THE GIRL IN THE RED HOOD has been looking for her mother for six months, searching from the depths of New York’s subways to the heights of its skyscrapers…

THE PRINCE looks like he’s from another time entirely, or maybe he’s just too good at his job at Ye Old Renaissance Faire…

THE ACTRESS is lighting up Hollywood Boulevard with her spellbinding and strikingly convincing portrayal of a famous fairy. Her name may be big, but her secrets barely fit in one world…

Fifteen-year-old Crescenzo never would have believed his father’s carvings were anything more than “stupid toys.” All he knows is a boring life in an ordinary Virginia suburb, from which his mother and his best friend have been missing for years. When his father disappears next, all Crescenzo has left is his goofy neighbor, Pietro, who believes he’s really Peter Pan and that Crescenzo is the son of Pinocchio. What’s more: Pietro insists that they can find their loved ones by looking to the strange collection of wooden figurines Crescenzo’s father left behind.

With Pietro’s help, Crescenzo sets off on an adventure to unite the real life counterparts to his figurines. It’s enough of a shock that they’re actually real, but the night he meets the Girl in the Red Hood, dark truths burst from the past. Suddenly, Crescenzo is tangled in a nightmare where magic mirrors and evil queens rule, and where everyone he loves is running out of time.

When Jacob Devlin was four years old, he would lounge around in Batman pajamas and make semi-autobiographical picture books about an adventurous python named Jake the Snake. Eventually, he traded his favorite blue crayon for a black pen, and he never put it down. When not reading or writing, Jacob loves practicing his Italian, watching stand-up comedy, going deaf at rock concerts, and geeking out at comic book conventions. He does most of these things in southern Arizona.

Do you have a submission you’d like to send us? We’d love to see it! You can find our submissions guidelines on our website.

Want to stay up to date on everything from Blaze Publishing? Sign up for our newsletter so you don’t miss a thing! The first 100 subscribers get free Blaze bookmarks (UK, US, and Canada only) AND get added to our Loyal 100 group, which gives you access to exclusive news, teasers, prizes, and ARCs!

Coming soon! Our September release is the YA Dystopian THE SURRENDERED by Case Maynard. Interested in promoting it? You can sign up for the cover reveal, release week tour, Facebook parties, and more right here! 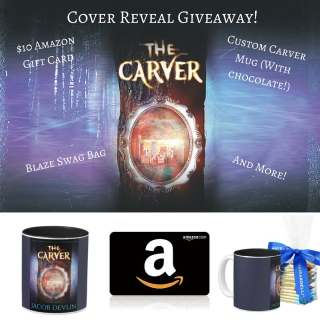