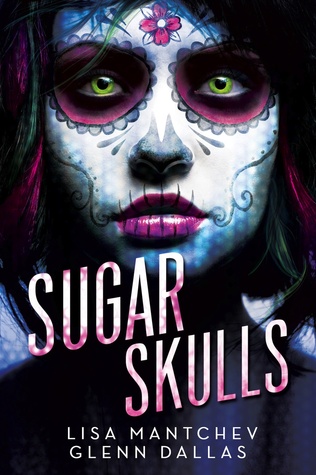 I received this ARC in exchange for an honest review.

When I began to read this book I found myself a little confused, the summary sounded interesting and a sci-fi that was relatable. A world that thrives on energy and music? Where Energy is like a high as well as currency? Sounds great!

The author’s name seemed familiar and then it dawned on me, this is the same author that wrote “Ticker” a steampunk book. I find myself having the same issues with this book as I did the other.

We are thrust into this world and we’re just trying to grasp what is going on. Vee is the lead to a band and during a performance she sees *this guy* this guy that makes her wonder and makes memories, which she’s had wiped, begin to surface.

It is written in two views, which seem to change WAY too much. It’s almost dizzying, I can deal with one chapter being one person and another the next, but this swaps constantly from Vee to Micah. Vee is the lead to the rock band “Sugar Skulls” and lives a fairly wild life, we meet Micah at a concert and it’s INSTA-LOVE.

Corporate supplies drugs, as well as memory wipes and cleansing with various other technologies [nanotech,] and it’s clear that Micah is going to insinuate himself into Vee’s life while stirring up some trouble for them both. Or… was he insinuated in her life before? As you read you find out the truth.

My overall view is that it isn’t a book that is written poorly, it is the format that it is written in that I’m not a fan of. The constant flow of back and forth just didn’t settle well with me, but I do think it’s an interesting book. At times it was flat, but I think generally it was well worth 3 stars.