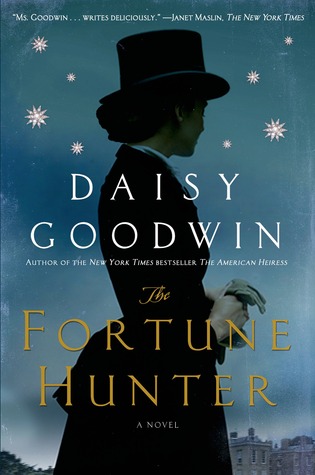 Let’s put aside the fact that Sisi was a real person and go off of the idea this was just a fictional novel, not loosely based off of or based off of anything at all, because I’m not a historian and I’m not about to critique this as a history lesson but rather a novel.

We begin the story with sweet Charlotte Baird, a comely young woman of 21 years old. She is due to inherit a great fortune at twenty five years old, a whopping 60,000 pounds a year. Charlotte is sweet and ambitious, she knows she wants to take up an occupation as a photographer and is often laughed at for it.

Bay Middleton is a horseman, a lowly born but quite exceptional rider who has a reputation that surrounds him, he is friendly with Fred Baird, Charlotte’s older brother and as chummy as they are Fred knows he doesn’t want the like of Bay around his sister who can aim for the stars as far as a match goes.

Elisabeth, or Sisi, is the Empress of Austria, she’s on holiday in England and is renowned for her horse riding skills and also her beauty. She requests a pilot to aid her through the hunting grounds while she’s there and finds herself quite smitten with Bay Middleton.

Now that you have these main characters….let me begin my review!

Charlotte is perhaps the only likable character in the book, everyone else is fairly trivial and shallow but perhaps that is the point behind it all. To showcase how petty the upper class folk were, especially when it came to gossip. Charlotte is sweet, relatable, and genuinely personable. She has wit, tact and shows she has feelings as well as depth.

So when Bay comes along and begins to find himself growing attached to her I was rolling my eyes, for me, he was unlikable off the bat. His character is weak as he gives into temptation at a constant and you want to believe him but he gives you no reasons to. As things progress I found myself more disgusted especially as he began to fawn over the Empress and he succumbed to her seduction (this is how I saw it, she wanted him, she got him.)

Charlotte is sensible throughout the tale, even amidst heartbreak and Bay remains a bumbling fool, only to realize he chose lust when he had love. Charlotte handles herself well and though she is breaking she chooses the higher road and decides instead perhaps a little adventure will do her some good – even if it is at the cost of gossipers ruining her honor.

In the end all is resolved for the best, the heart is far more forgiving than the mind at times. Charlotte was… a grand character, I think. Feminine and yet strong, she listened to her heart but when she had enough she stood her ground. In the end she did exactly what she wanted.

This wasn’t a fast read, but it was a good read…if not a little dull at times but it was worth it, I think. Even if the characters were a bit flat, which they were I’m not going to sugar coat that. The story largely is focused on Bay as he is the Fortune Hunter and it encompasses much about horses as well as photography, but then again Horses and Photography, as well as equine history (jumping, racing, etc) are right up my alley!