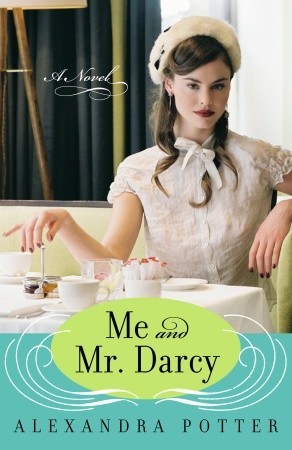 If you’re looking to read an extension piece to Jane Austen stop, if you’re a rabid fan who wants to ream anyone looking to have fun with a retellings, stop. Why would you purposely try to annoy yourself? Put your copy down, get rid of your e-book. Just stop.

This is a romantic COMEDY. A retelling of an equally rabid fan of Jane Austen’s.

This about Emily, our MC, who has had horrible luck with dating and all she really wants is for Mr. Darcy to come walking off the pages and sweep her off her feet. Mr. Darcy is her ideal man and was her first love. Needless to say after her last bad date in New York she hops on a plane, flies over the pond and finds herself amidst a book tour – a Jane Austen tour where they visit many places that were in the movie/tv shows/book.

Amidst her journey she finds herself in [somewhat irritatingly,] similar situations as Elizabeth. You find there is a Wickham figure, a Kitty figure, Darcy, etc.

At first I wasn’t sure if it was just by chance, but no, it seems it intentional and with that in mind I kind of laughed and went with it. Of course there are some ridiculous things in here — it’s a comedy after all, a modern comedy with a P&P twist to it. I’m assuming most who will want to read this have watched Austenland, Lost in Austen, etc. You would enjoy it.

Does Potter capture Mr. Darcy well? No, I don’t think so, but what I think she does capture well is the very thought that surrounds Mr. Darcy, that all of us are quite guilty of. Spike, who is our MC’s romantic interest. He’s not some polished man, he’s a journalist and has rumpled shirts, messy hair and despite being a writer is NOT eloquent with his words.

He can’t dance,
He can’t woo,
He can’t even really hold a proper conversation.

However there were things I want keen on, there are some events in the book that mirror the events in a modern time and yet our MC, Emily, seems none the wiser. Which to me didn’t make sense since 1. She’s on a Jane Austen tour, 2. She’s reading the book for the umpteenth time. Why wouldn’t she realize?

What I did like about it? Was that even though the MC was so stuck on her fantasy about Mr. Darcy, by the end of the book she realized that was exactly what he was – a fantasy. No one would ever be Mr. Darcy and he belonged right where he was, between the pages of a beloved novel written by Jane Austen.

“And so it seems I have the final advantage. Because although I might no every woman’s fantasy [Ok, I’m not any woman’s fantasy] and I’m certainly far from perfect, it’s ultimately the real guy who gets the girl.” – Spike Hargreaves, “MR. DARCY: THE DREAM DATE”

The real guy. Not a man from a book. Okay, well he actually IS from a book, but in the case of the book he’s real. 😉 In the end he truly does prove his point. In the end it’s quite similar to P&P, with a little differences.

Do I think Jane Austen would roll in her grave? Likely not. I think she would be flattered, possibly amused at this notion and though Mr. Darcy wasn’t truly Mr. Darcy – he suited the purpose that Potter needed.

If you want a chick-lit read, something comical, then I do recommend this. It’s not a heavy book – it’s just a lazy afternoon read.