Netherling logic resides in the hazy border between sense and nonsense.

What an amazing debut novel and the beginning of a series!

Alyssa Gardner’s life has been less than that of a fairytale. At a young age, her mother was placed in an insane asylum, Allison Gardner is clearly out of her mind. She constantly clucks her tongue, talks in riddles and when she isn’t in a zombie-like haze, she’s as mad as a hatter. What you later discover is that there is a family curse that only affects the females of the family, which means that poor little Alyssa has inherited this. She can hear bugs and flowers and as the story unfolds it looks as though her mother isn’t the only mad one in the family, interesting, right?

It gets even more interesting. There is a lot of world building in this book, to the point you can see everything vividly thanks to the colorful [and not over the top,] description here. A.G. Howard delivers a beautiful world, with morbid, eerie creatures that could possibly inspire nightmares. Splendid, really! On top of this beautiful world that has been created, she does breathe life into all of the characters, for better or for worse.

The entire book is akin to a Tim Burton movie.

Alyssa proves to be a valuable tool in this world, she is a strong character who strives to do right, this is clearly seen. You do see her struggle with two sides to herself throughout the book, it is noticeable and she won’t let you forget the struggle either. At times, she can be foolish, but let us give her a break, she is only seventeen. In the broad scheme of things she is sensible and strong for a young character.

Jebediah is her friend since childhood and here we are with a love interest, he is artistic, wounded character and you doubt his strength a time or two, giving Alyssa the appearance that she is the stronger of the two. He proves himself as a friend and potentially more, time and time again. His character can be a little overbearing and he lost my appeal only to gain it, this happened several times for me.

Morpheus is a childhood friend from another realm, he is a Netherling and also her guide in life. He’s an enigmatic individual who constantly has you guessing as to what side he is really on and if he has any other thoughts aside from himself and his desires. He’s a clever individual who has a big flaw, he isn’t human and he cannot begin to fathom how human’s work. Humanity is trivial to him and it is fun to see his character develop into something much…muchier.

There are other minor characters in the book and ones that people might find familiar from Alice in Wonderland, with a twist of course!

Overall, I would definitely recommend this book and for that matter the entire series.  There are points at which have you rolling your eyes, but I feel as if that is what has become of the YA genre. I overlooked these little moments and chose to see this novel for what it was and that was a beautifully dark rendition of a story that I hold dear to my heart. 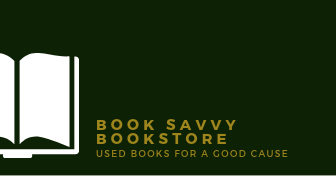